The objective is to teach your brain to balance and not be reactive in response to events out of your control. It is a common human experience to feel happy if things go your way, and angry, frustrated or depressed if they don’t. Neurofeedback assists you to live in a state of “What is” rather than should have, could have and would have. Instead of getting your way you perceive options that are better than your way. Instead of getting your way, you get what you want.

What are the drawbacks of medication over neurofeedback for bipolar disorder?

Medications for bipolar disorder are very problematic due to their side effects, compliance rates, and the consequences of taking them over a long period. They can cause a variety of troublesome or even dangerous side effects, including:

In turn, patients may be prescribed even more medications to counteract the side effects of the original one. In addition, taking medications for bipolar disorder over the long term can have very negative consequences. First, many patients develop a tolerance to their medication, requiring increased dosage to obtain the same benefit they received initially. This increased dosage also brings an increased risks of side effects. Sometimes, tolerance is so great that the medication no longer helps at all.

Alternately, others develop a reliance on bipolar medication. These drugs influence the brain and the central nervous system in order to improve mood, energy, sleep, and concentration. Unfortunately, the brain starts to rely on the medication to regulate those issues and does not learn how to cope on its own.

There is a better way.

How can neurofeedback help bipolar disorder? 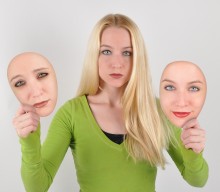 Brain training with neurofeedback teaches the brain to create healthier patterns and maintain a more consistent state. This helps the person learn self-regulation, allowing them to achieve better mood stabilization.

After beginning neurofeedback, clients frequently comment that they can once again “trust their brain.” What does this mean? Bipolar clients undergoing neurofeedback training report less susceptibility to mood swings, increased ability to focus, and reduced anger. Their ability to function increases as they find themselves less reactive, and increasingly able to respond and act appropriately.

Research supports the effectiveness of neurofeedback for bipolar disorder.

Ed Hamlin, a neuropsychologist at the Pisgah Institute in North Carolina, reported an ongoing study of the use of neurofeedback in patients diagnosed as biopolar. Of the more than 40 patients studied, many had a history of being frequently hospitalized for bipolar disorder.

Following neurofeedback training, patients were able to reduce medications and enjoy stability including increased daily functioning, improved relationships, better performance at work and school, and a dramatic reduction in hospitalizations. Some patients, who had been medicated for 20 years and told that they would be on medications for their entire lives, were able to safely become medication-free.

How does neurofeedback work?

Neurofeedback builds stability by helping the brain learn and maintain healthier patterns. As stability becomes the dominant pattern in the brain, most clients can begin to reduce neurofeedback training as well as medications (with their doctor’s supervision).

Bipolar clients can be very sensitive, and it’s not uncommon that, with just a few minutes of neurofeedback, these sensitive patients notice a shift in mood and become more calm. This can occur even when patients are on large dosages of medication. As brain functioning improves during their course of neurofeedback sessions, a neurofeedback practitioner can constantly fine-tune the training to help maintain and build on these gains, even within a single session.

How is neurofeedback done? 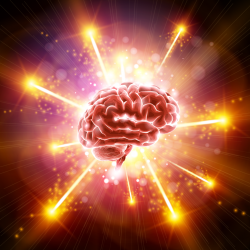 To begin neurofeedback treatment, sensors are placed on the person’s head. A special computer system measures brain patterns and rewards the brain for making healthier, more stable patterns. With sufficient practice and training, the brain learns to make these healthier patterns on its own. Neurofeedback is like exercise for the brain.

A number of training sessions are necessary, and the number of sessions required differs from person to person depending on the complexity and severity of the disorder. Once the individual’s brain is strong enough, training can be stopped or reduced to occasional maintenance training.